Time and Process in Business Networks: A Structuration Perspective 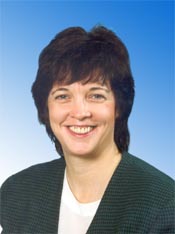 The paper was published at the 27th IMP-conference in Glasgow, Scotland in 2011.

1. INTRODUCTION
It is an interesting time to think about foundational issues. (Ermarth, 2010)
The time referred to in this quote is based on a particular notion of a moment, in
which paradigmatic change and  the functional alignment of multiple systems undergoes
a foundational shift that opens unexpected and uncharted opportunities for new enunciation
(Ermarth, 2010:149). It is precisely this interesting time, and how it relates to network
processes, that we explore in this article. We propose to do this by examining how one of the
most cited theories in sociology, structuration theory (Giddens, 1984; Bhaskar, 1979;
Bourdieu, 1990; Archer, 1995), might enhance our understanding of time and process in
business networks. Structuration theory deals with the creation and maintenance of ideas and
structures as well as with change and continuity processes (Staber and Sydow, 2002). As
noted by Meindl, Stubbart, and Porac (1994), there are few theoretical frameworks linking
structure and process together in a meaningful and useful way, one theoretical framework that
does precisely this is that of structuration theory (Giddens, 1984). Accordingly, this paper
directly addresses the call by Halinen and Törnroos (2005) for better-informed theoretical and
methodological tools to study industrial network processes.
Structuration theory defines a social system as any set of practices, patterns of
interaction and social relationships that are relatively enduring (Parker, 2000). It is a general
theory, whereby theoretical ideas are removed from any specific social setting, such as
industrial networks. As a result, structuration theory is intentionally both broad and
integrative. This broad scope of structuration theory means that it can be used to explain a
larger number of phenomena, while its integrative nature means that it serves to unify less
general theories (Brodie, Saren and Pels, 2009).
Well-established general sociological theories, such as structuration theory, have
addressed both theoretical and methodological aspects of time and process in considerable
detail (Hedaa and Törnroos, 2008). Halinen and Tornroos (1995) assert that understanding a
process (commonly understood as a series of actions that are carried out in order to achieve a
particular result, or alternatively are a series of unintentional developments that result in a
change) rests on the dimension of time, and needs to be seen in a social context. Therefore,
we do not make a distinction between our conceptualization of time and of process, as both
time and process are inseparable issues which derive from a common ontological position
Most aspects of interaction are sedimented in time, and sense can be made of them only by
considering their routinised, repetitive character (Giddens, 1984:142).
In this paper we seek to build stronger theoretical linkages between industrial
marketing literature and general structuration theory. Our use of structuration theory leads to
three new lines of enquiry relating to process and time in B2B marketing and contributes to
the development of theory, practice, and research methods.