Frontpage  About  admin@impgroup.org
Paper info: Diving into "merger waves"- An analysis of inter-firm linkages in acquisitions 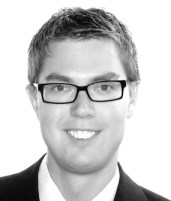 This paper takes its starting point in the literature dealing with "merger waves". A merger wave basically denotes a period of time when an abnormal amount of mergers and acquisitions takes place. Such merger waves are usually described as occurring in cyclical patterns, and a number of them have been described over the last centuries. Merger waves are mostly studied as a macro level phenomenon, as an aggregate of mergers and acquisitions occurring over time within an industry or in the general business environment. A merger or an acquisition inevitably changes the type of linkages between the involved companies since two companies are consolidated to one or get the same owner. Furthermore, earlier studies show that a merger or an acquisition may change the involved companies' relationships to customers and suppliers, as well as to competitors and partners. However, what is lacking in the literature is a deeper understanding of how merger waves emerge (and evolve) through structural linkages between firms. Mergers and acquisitions are strategic decisions made at the micro-level, i.e. in companies, that potentially accumulate into merger waves and thereby become manifested at the macro-level. It is interesting to ask what happens in between these levels, in networks of inter-firm relationships, which ultimately mediate the emergence of merger waves. Therefore, in this paper we will examine acquiring companies' inter-firm linkages in order to shed light on the meso-level of merger waves.A number of questions drive our analysis. Who gets involved in acquisitions besides the acquirer and the target? Is the merger wave just a result of the strategic actions of a few active acquirers, so called "sharks", or are the waves truly an industry-wide phenomenon? And to whom do merger waves matter? Do they involve only a few active companies or should every firm in the business be concerned? Is it possible to connect several acquisitions through inter-firm linkages over time, and in this way describe the emergence of a merger wave? In these analyses, different perspectives come to use, and ultimately the question should be asked whether it is at all relevant to talk about merger waves.The empirical material consists of data on 723 acquisitions that were made between 1994 and 2003 in Sweden. The acquiring companies are either IT-companies or companies acquiring IT-companies. Thus, the setting represents a turbulent era, which often is referred to as the "IT-boom", "IT-crash" or "IT-bubble" with many start-ups, but also with many mergers and acquisitions. By analysing acquisitions, it is possible to identify active and less active acquirers over the time period. Also, by studying inter-firm linkages, not only to the target, but also some customers of the acquirer and the target, we are able to "decompose" the merger wave and show that strategic actions, such as acquisitions, may have wider consequences to the business through the inter-firm linkages forming business networks.
 Back to last page