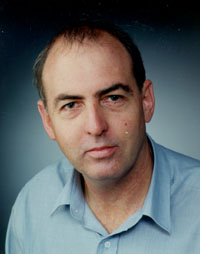 Different forms of interaction between firms are at the heart of a relationship and networkperspective of business-to-business markets. This paper demonstrates how the central conceptof interaction, defined as coordination between two or more actors who understand theirpurposes and abilities to some degree, can be used to map out the various relationship formsof business-to-business markets.The mode of interaction is necessarily a derivative of three high order coordinationmechanisms: (1) market transactions, (2) authority in hierarchies, and (3) relationalcoordination based on trust. However, the existence of contextual shifts between thesemechanisms focuses attention on the possibility of various forms of interaction within eachcontext. The result is a multi-dimensional model that describes an ?Interaction PossibilitySpace?, defined by the three high order coordination modes and the interaction possibilitiesbetween dyad parties within classes of organisational aggregation.While, the ?interaction possibility space? can be partially described by elaborating thecoordination contexts provided by Alajoutsijärvi et al. (1999), the possibility of dyads wherefirms have different perspectives of their actor bonds opens two areas for future research.First, how does interaction proceed when both parties have similar views of coordinationmodes? Second, how does interaction proceed when parties have dissimilar views of theiractor bond? Such research necessarily requires dyadic studies and furthermore, forquantitative research, requires the development of methodologies capable of examiningdyadic data. These quantitative methods must be able to simultaneously analyse similaritiesand differences in preferred coordination modes across a dyad. While such analysis isamenable to qualitative techniques, there is no well-recognised quantitative method withoutsignificant weaknesses.The remainder of the paper examines the implications for future research in each of thesethree areas: (1) interaction in pure coordination modes, (2) interaction where parties displaydissonance, and (3) new quantitative methodologies.
 Back to last page