Industrial Networks and B2B E-Commerce; A Conceptual and Contingent Exploration 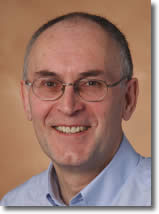 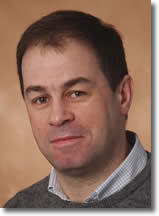 The B2B e-commerce bubble appears to have burst. In the breathing space that hasemerged we have chosen to attempt to conceptualise the relationship between twokinds of B2B markets and two types of e-technology. The market forms we havelabelled ?competitive? and ?relational?. The former is based on the classicaleconomic notion of purely competitive markets and the latter corresponds to whatwe would consider the defining phenomenon of IMP research and writing. The two etechnologyforms are virtual marketplaces, where buyers and sellers exchange incyberspace, and EDI like systems where buyer ? seller relationships are mediated byvarious forms of e-technology. The question we seek to answer therefore becomes?How likely, in theory, are these two e-technologies to flourish under the twodifferent market regimes??We have used a simple Critical Realist model of explanation that assumes thatevents occur as the result of combinations of certain driving forces and certaincontingencies. We argue for mutual causal relationship between e-technology andB2B market forms and therefore reject naïve technological determinism.For both competitive and relational markets we describe the driving forces andcontingencies that we believe lead to their occurring and suggest how the chosen etechnologiesmight be facilitated or constrained by these market ?forces?. Finally wesuggest what may actually be happening in terms of the adoption of these twotechnologies in practice and offer suggestions are so areas of future research.
 Back to last page